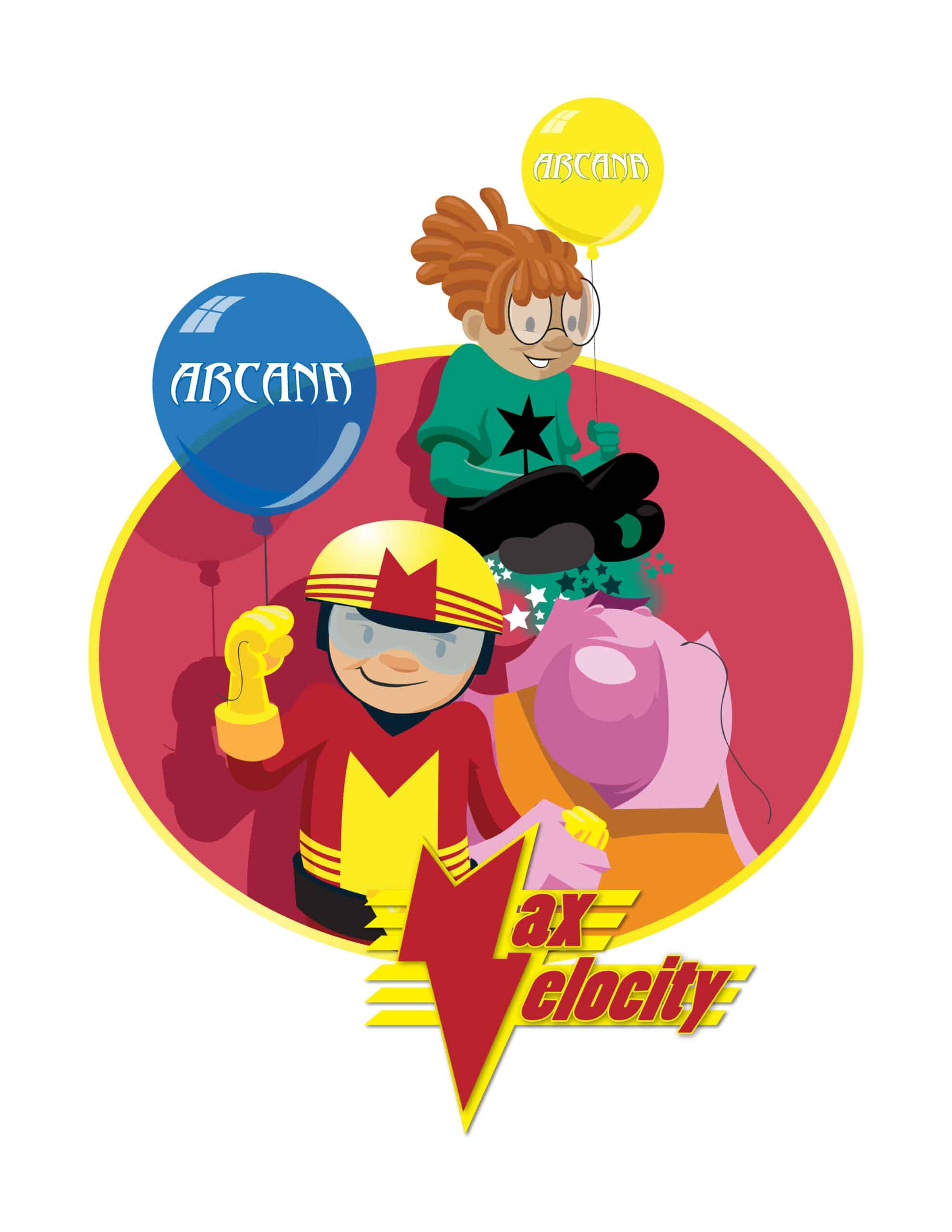 Intellectual Property House Arcana Studio has partnered with cartoonist Graeme Partridge-David to release Max Velocity. The book is an original creation by Partridge-David, who will write and illustrate.

The book centers around Max, an autistic boy with super speed who meets a new group of super powered friends. Under the watchful eye of veteran superheroes, Max and his friends explore their headquarters and encounter excitement and surprise. Max is on the autism spectrum, and many of the other kids have their own exceptionalities. Everyone is accepted and appreciated and seen as an asset. Their uniqueness is never the focus of the story, nor an obstacle to be overcome. It is simply one element of their personality, and their perfection is never in doubt.

Arcana CEO Sean O’Reilly says “We could not be more pleased to be a part of this project. Graeme has such an incredible, fully-realized vision in Max Velocity, and this is an important story that ultimately seeks to de-stigmatize autism and encourage the celebration of our differences.”

Graeme Partridge-David says “I am thrilled that Max Velocity has found a home with Arcana. I have so much admiration for Sean and what he has created here, always focusing on the fun, joy, and boundless possibilities of imagination. Max Velocity has been a labour of love since its inception as a story for my amazing autistic children. The audience of diverse and exceptional kids like them deserves a hero and a friend like Max. I know Arcana is the perfect place to help them find each other!”

Max Velocity will be published in 2021.

Graeme Partridge-David is a father of two autistic kids whose voracious reading, profound sensitivity and general amazingness inspired this comic. He is a graduate of Emily Carr University’s Animation program, and has been working as an illustrator and storyboard artist since 1998.