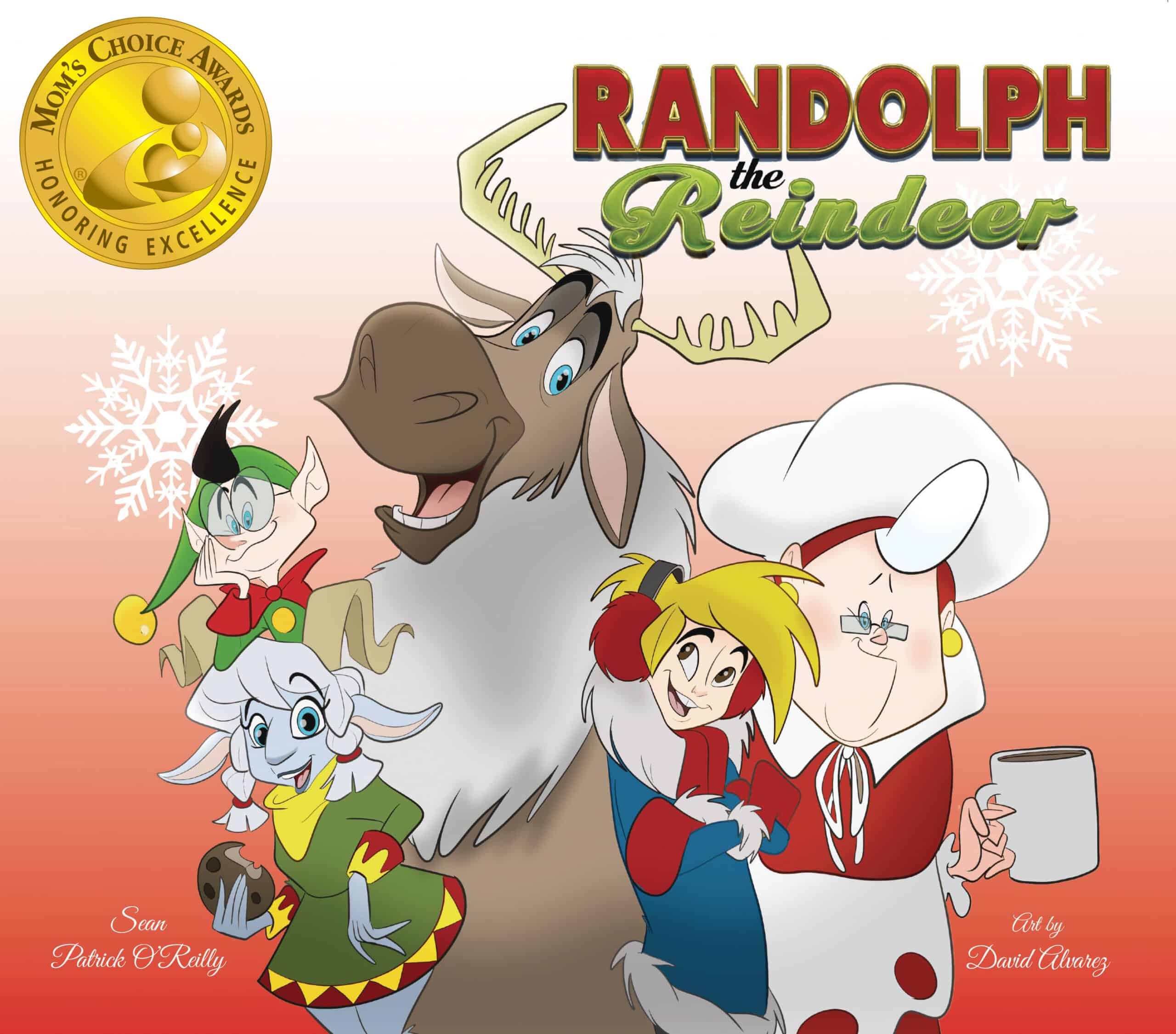 Intellectual Property House Arcana Studio is honored to announce that its upcoming children’s book RANDOLPH THE REINDEER has earned the prestigious Mom’s Choice Award®. Having been rigorously evaluated by a panel of MCA evaluators, the book is deemed to be among the best products for families.

Arcana Studio has previously received the seal of approval for numerous titles, including Howard Lovecraft & The Three Kingdoms, Pixies, The Clockwork Girl and Ultraduck. The MCA evaluation process uses a proprietary methodology in which entries are scored on a number of elements including production quality, design, educational value, entertainment value, originality, appeal, and cost.

RANDOLPH THE REINDEER follows a young reindeer who must brave a deadly snowstorm to reach Santa’s workshop, seeking a replacement for a beloved family heirloom that he has accidentally destroyed. With one family’s Christmas on the line, the book is ultimately a story of redemption. The book is written by Arcana’s Sean O’Reilly and illustrated by Dave Alvarez, who has previously been an artist for companies such as Warner Brothers, Walt Disney Television and Nickelodeon. Diamond Comic Distributors will distribute the book, with a shelf date of November 25, 2020.

Arcana’s CEO Sean O’Reilly says “We are thrilled to once again be receiving the Mom’s Choice Award for our book. This has truly been a passion project for Dave and I, and we hope that Randolph will be in every kid’s stocking this Christmas season.”

“Our aim to introduce families and educators to best-in-class products and services,” explains Dawn Matheson, Executive Director of the Mom’s Choice Awards. “We have a passion to help families grow emotionally, physically and spiritually. Parents and educators know that products and services bearing our seal of approval are high-quality and also a great value. The MCA evaluation program is designed to incorporate the expertise of scientists, physicians and other specialists; but we also engage parents, children, educators, and caregivers because they are experts in knowing what is best for their families.”

The Mom’s Choice Awards® (MCA) evaluates products and services created for children, families and educators. The program is globally recognized for establishing the benchmark of excellence in family-friendly media, products and services. The organization is based in the United States and has reviewed thousands of entries from more than 55 countries.

Around the world, parents, educators, retailers and members of the media look for the MCA mother-and-child Honoring Excellence seal of approval when selecting quality products and services for children and families. All testing samples used for evaluation are donated to schools, libraries, hospitals and nonprofit organizations.