The Next Big Time-Traveling Adventure 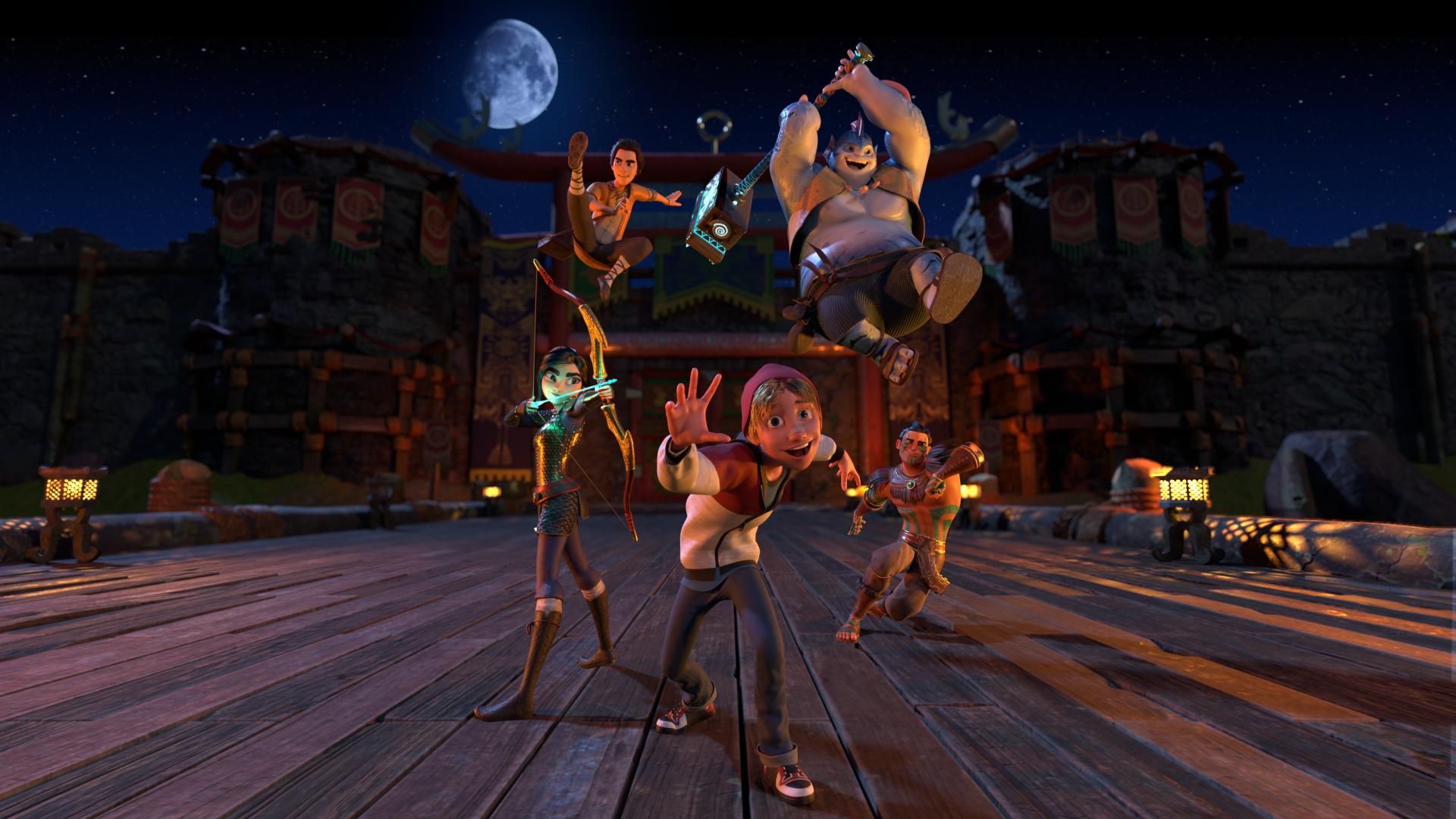 Burnaby-based Arcana continues work on its most ambitious animated feature to date during a challenging year.

An American teenager gets magically transported in time to the mysterious Chinese city of Sanxingdui and experiences a fantastic adventure in Heroes of the Golden Masks, an epic new animated movie in the works from the team at British Columbian studio Arcana.

“The original screenwriters, Jim Kammerud and Brian Smith, wrote this incredible story, and I knew it was a project I had to get behind,” says Sean Patrick O’Reilly, the studio’s CEO and founder and the movie’s director and producer. “Heroes of the Golden Masks is inspired by the ancient bronze masks of Sanxingdui discovered on the archaeological site of Guanghan in the Sichuan Province. Gordon McGhie and Troy Taylor of CG Bros Entertainment Inc., a studio deeply involved in building relationships and genuine partnerships in China, are my producing partners. We’re so fortunate to announce that Christopher Plummer and Ron Perlman have also joined the cast.”

O’Reilly says working on Heroes of the Golden Masks, which is the studio’s ninth movie, has been a dream come true. “I believe it will be the best movie Arcana has ever produced,” he says. “I do love the cast and I’m excited to be directing Christopher Plummer once again. I’m also really excited to show off the talents of our amazing new team of animators and crew. Even though we’re creating this project during COVID, we’re still producing a film with 65 full-time people working from home. We’ve upgraded our pipeline, reconfigured Shotgun and had to create a robust VPN, and we have managed to make everything work. It hasn’t been easy or cheap, but we’ve found a way to keep production moving forward.”

In addition, Arcana is continuing production on its popular CG-animated series Go Fish, which is based on the feature of the same name. “Like the film, the series is eco-friendly and educational,” notes O’Reilly. “It’s funny, daring, smart and truly is a cartoon the whole family can sit down and watch together, as each episode finds the characters on adventures and finding new issues to face in the reef.” 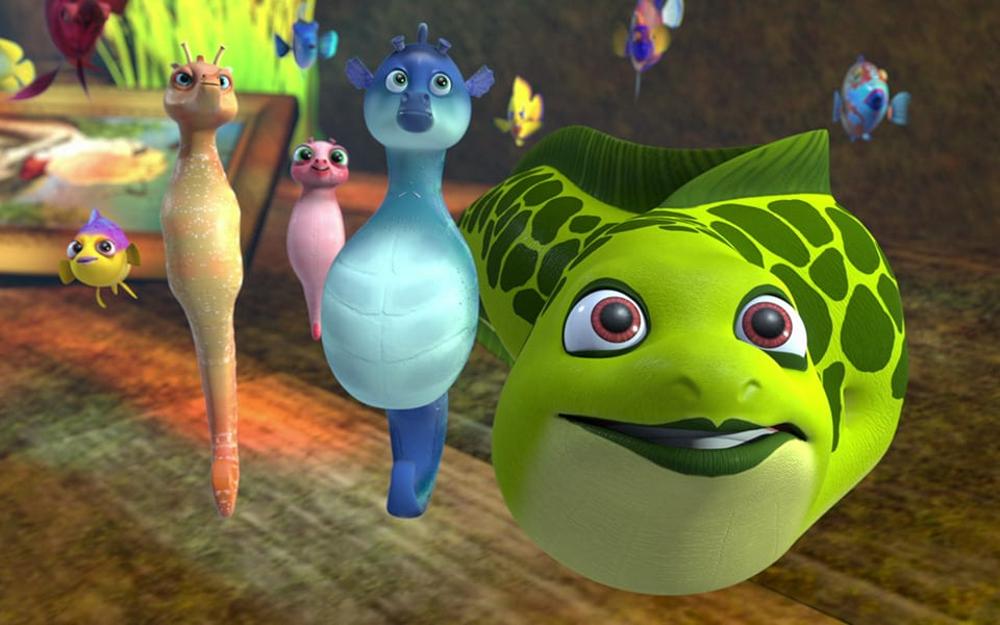 O’Reilly believes the studio has been able to manage so many projects because of the hard work and talents of his amazing team. “The projects are highly collaborative and every person at the studio really helps bring the projects to life,” says the CEO. “Working from home since early March, there are definitely days where I feel like I have only one hand on the wheel. Our team has been phenomenal, adapting strategies and workflow, accommodating these unprecedented times. It has also been great spending so much time with my wife and business partner, Michelle. She has been a rock!”

When asked to describe a typical production at Arcana, O’Reilly says, “Each of our projects are developed slightly differently, but often we start with a successful graphic novel from the Arcana library. I write the screenplay and at the same time Gary Yuen starts character modeling. We then continue to develop the project creating the full-length animatic while at the same time pull a scene from the movie, taking it right through to final comped image to use as our proof of concept.”

“We have some amazing, talented people we’ve picked up from Rainmaker, DreamWorks and Disney, and we have never had this much lead time before delivery,” he notes. “I jokingly call us a ‘farm to fork’ company, as we have produced all of our content in house, not only from the creative but also the production, financing and even our licensing and sales which is led by Jerina Hajno.” 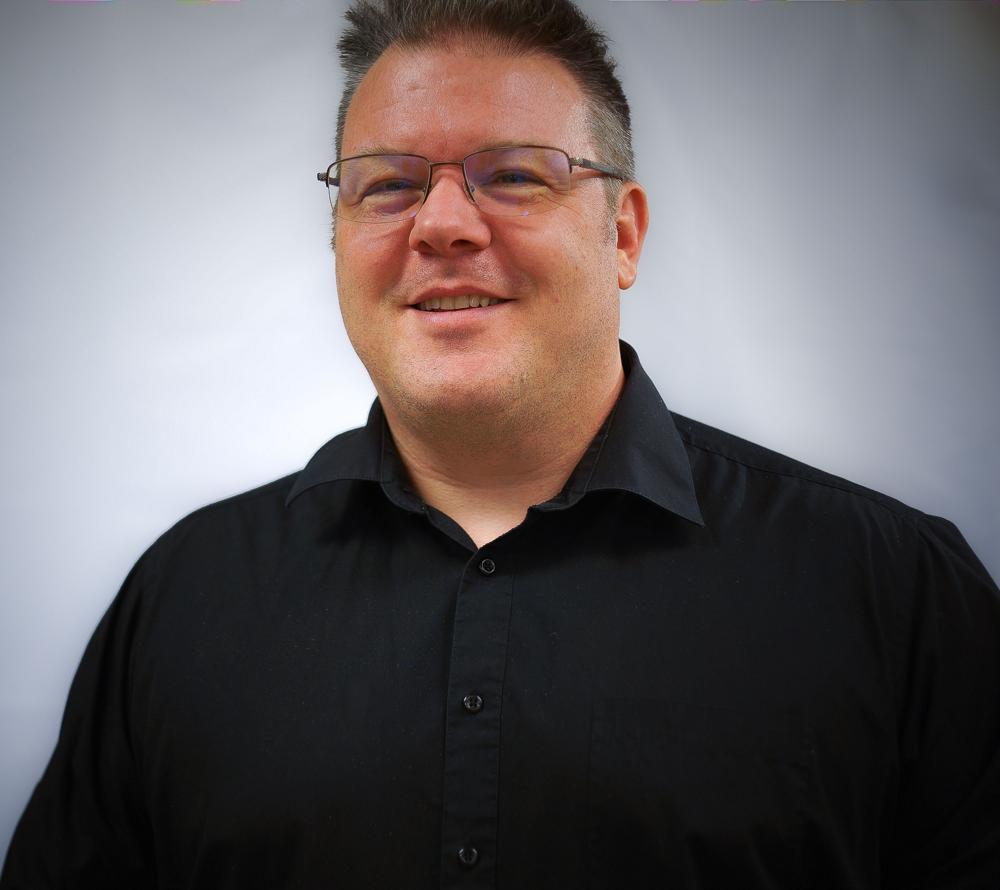 O’Reilly, who founded the studio in 2004, says developing, producing, financing and licensing Arcana’s own content allows him and his team a lot more creative freedom than other bigger studios. “We don’t have a client, so we don’t need approvals from anyone outside,” he notes. “We decide which projects we want to see created with full creative control. Beyond creative control, we also have full control over rights and sales, which was extremely challenging at the beginning. Now we have people coming to us for co-productions, looking for help with their financing, and we have even invested in five productions as a senior debt lender.”

A big fan of animated shows like SpongeBob SquarePants, Rick and Morty and X-Men: The Animated Series and movies like Spider-Man: Into the Spider-Verse and The Incredibles, O’Reilly says he loves the limitless possibilities of the medium. “Animation allows the creator to illustrate subjects or actions in a way that live action isn’t able to,” he says. “I also love the lifestyle animation allows. Since it’s produced at a slower rate than live action, I’m not as stressed, and I love working with my family and friends!”